In August 2018 I was allowed to participate in the third international mosaic symposium in Ploaghe-Sardinia. At the invitation of Maestro Giulio Menossi – the artistic director of the symposium from Udine.

The imposed theme was: “TEXTURES, WARPS, PATHS – FRAGMENTS OF COLORS FROM THE EARTH”. Ideas were exchanged, support was given where necessary, they worked very hard (after all, the mosaic had to be ready in 10 days) but there was also a lot of fun. During the 18 days we were there, a close-knit group and many new friendships developed… or how mosaic can bring people closer together.

My work was entitled ‘A walk through Sardinia’. The oblique lines represent the path leading up the mountain. In this work I have used various materials that you often encounter in Sardinia. In the first layer it is mainly cork while in the second layer I have emphasized the ‘Nuraghe’ – these are remains of a very old settlement there. In the third layer I used fabric with a typical pattern from there and the fourth layer shows sheep wool (after all, there are more sheep than people in Sardinia). Finally, the fifth layer refers to the pink beach and a hint of blue which refers to the steel blue sky and sea that surrounds this beautiful island. Between the fourth and fifth layer we see the contours of a mountain that you can see from the village of Ploaghe where we stayed.

This annual event is organized by a group of local people under the name ‘Sardinia Contemporary Mosaic & Art‘. It is a group of very enthusiastic people who have looked after and welcomed us incredibly well. So many thanks for everything to Antonia, Fabiano, Antioco, Elisa, Gerolamo and everyone who helped make this symposium possible. It was a great honor for me to be part of this wonderful experience that continues every year during the traditional annual festival in Ploaghe called ‘Ferroagosto’, a tradition that has lasted for 500 years.

An experience I will never forget and which I will remember with fondness. 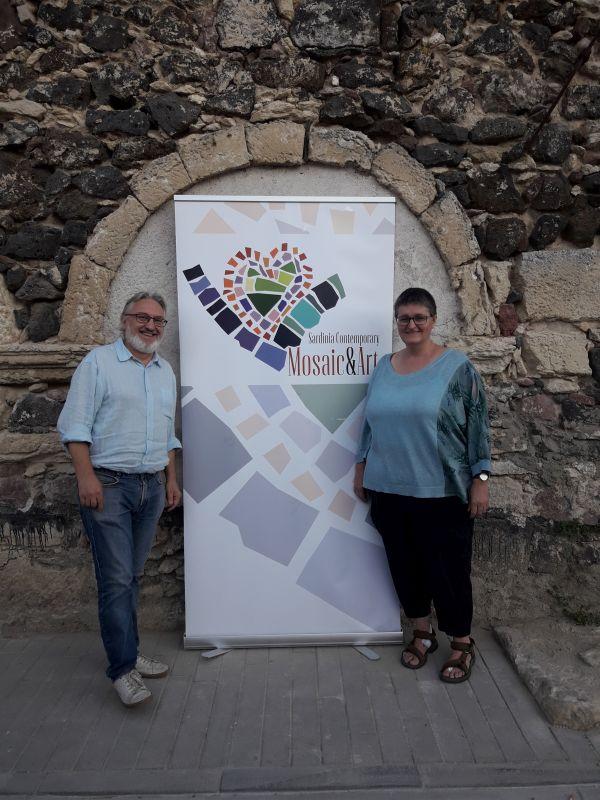 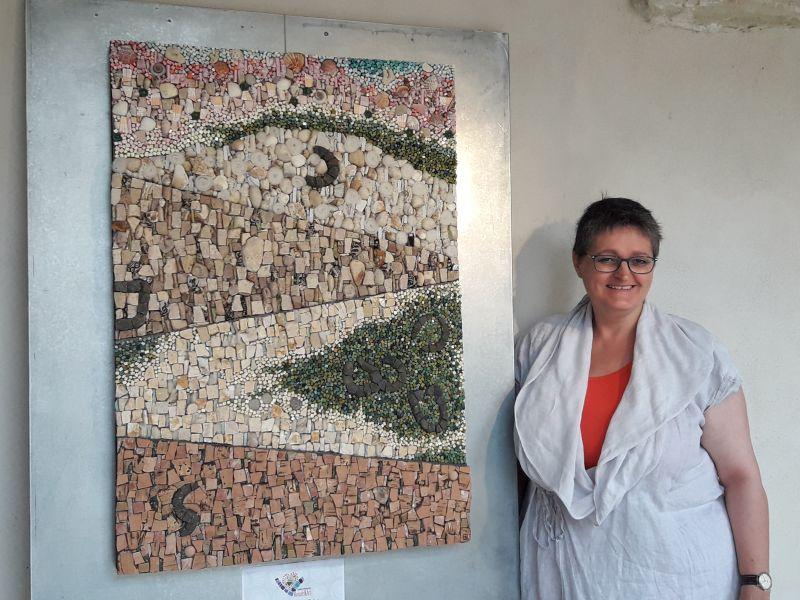